Startups Explore How to Partner with Corporates In Smart Lab's Innovation Week 2020 Event. 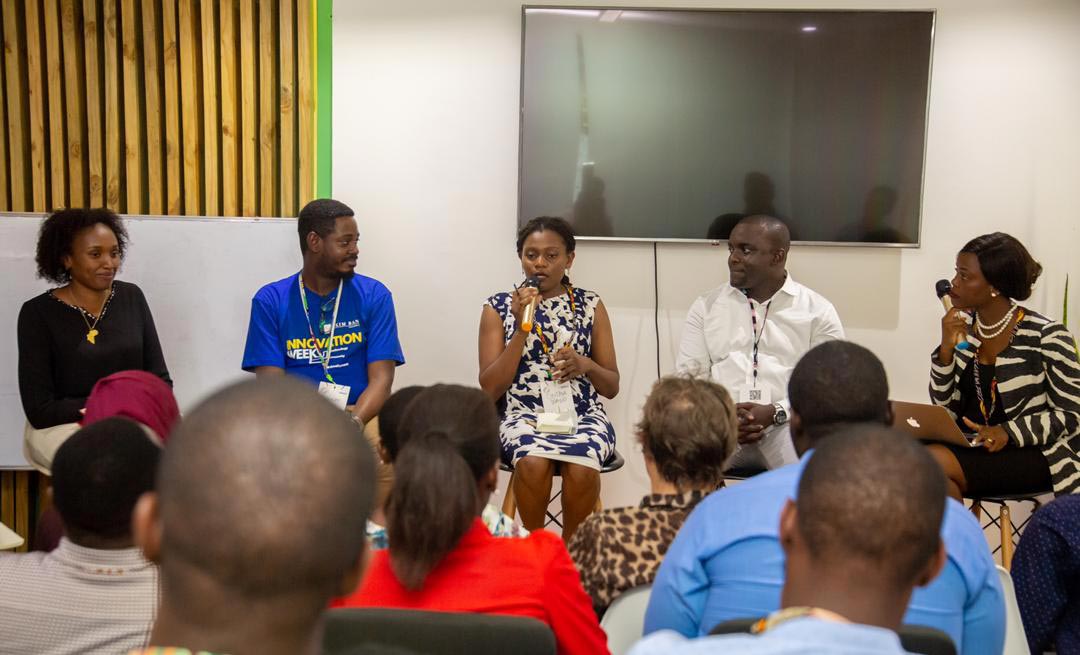 Smart Lab’s belief in a need for strong partnerships between Corporates and Startups in order for innovations to be scaled or sustained led them to host an event during the just concluded innovation week at the SmartLab Space on Wednesday March 11th 2020, Smart Codes Offices Mikocheni ‘A’ Dar es Salaam.

Themed ‘How Can Startups partner with Corporates in Scaling Up’ the event was part of Smart Lab’s participation in the IW2020 that run with the theme ‘Innovate for Impact’ which brought together different people from the ecosystem to explore fresh and innovative ideas that were meant to inspire others and show what is possible in Tanzania.

The Smart Lab event was attended by founders and corporates from different sectors in Tanzania and the ecosystem including Fin-tech startups, developers, IT/Computer Science students, innovators, entrepreneurs, banks, telecommunications, auditing firms and stakeholders and they engaged in a panel discussion focusing on how corporations are investing to catalyze and scale up innovation in Tanzania.

The panel consisted of representatives from the banking sector including Stanley Kafu, Head of Marketing at Exim Bank Tanzania, Victor Makere, Head of Digital Banking at Standard Chartered Bank Tanzania, and startup founder and CEO at My Job Pass Cynthia Bavo and Diana Ninsiima Country Director at DOT Tanzania and key player in the ecosystem and was moderated by Tunu Makamula, Development and Marketing Manager at Indigenous Education Foundation of Tanzania.

The discussion revolved mainly around the fear of startup ideas being taken over by Corporates without them benefiting as the innovators,  getting funds to complete projects, how to work on small scale basis to avoid incurring unnecessary cost, the importance of building a team with a variety of skills, emphasizing the importance of horizontal partnerships before targeting big companies and how to involve government and other stakeholders to lead to partnership’s that will produce grand ideas to disrupt the innovation ecosystem

Speaking to the invitees, Mr. Stanley Kafu advised startups to be confident with their ideas and put in mind that an idea is not valuable until it has been worked on. He also further explained that “innovation is a priority at Exim Bank Tanzania. By engaging and remaining active players in the innovation ecosystem, we partner with the likes of Smart Lab and other member’s innovation ecosystem and we will continue to do more and ensure that we tap into various opportunities and help startups so that we drive the innovation ecosystem a step further.

There are more and more disruptive innovations coming up, it is vital to create strong partnerships to help these Startups to flourish in one way or another said Edwin Bruno, CEO Smartcodes. He also continued to say that “There are many ways this can be done, and this event is one among other efforts Smart Lab has put in place to dig deep and make sure there is a bridge on this gap and also explore the possibility of corporates willingness to invest in these Startups.”

Mr. Victor Makere also representing Standard Chartered Bank, urged innovators to focus on the why factor while developing solutions, because that’s when they will come up with scalable, sustainable and impactful products. He further explained the bank's role in the innovation ecosystems by saying that “We take innovation and innovative idea initiatives worldwide to promote innovation for economic growth through accelerators and innovation labs and hubs.

Smart Lab believes that it is very important to foster productive partnerships between startups and corporations for their businesses to scale. There is also a great opportunity for corporates in these partnerships business wise. Smart Lab is working hard to ensure that these partnerships come to life and transform the Innovation Ecosystem of Tanzania and the economy at large, remarked Isaack Shayo, Program Associate at Smart Lab.